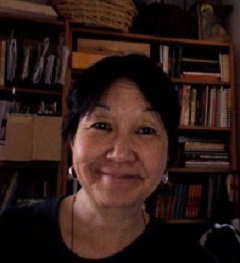 Shelley Tanaka is the author of more than twenty nonfiction books for children and young adults, including seven titles in the award-winning I Was There series (On Board the Titanic).

Her books have won the Orbis Pictus Award, the Mr. Christie’s Book Award, the Science in Society Book Award and the Information Book Award, and she has twice been nominated for the Deutsche Jugendliteraturpreis; other honors include Texas Bluebonnet runner-up, VOYA Nonfiction Honor List, SLJ Best Book, ALA Notable and IRA Young Adults’ Choice. Her books have been translated into nine languages. Shelley is also a translator, and she is the long-time fiction editor at Groundwood Books.