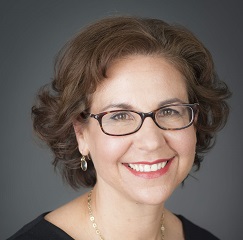 Miriam Altshuler began her career at Russell & Volkening and in 1994 established her own agency, which she ran for twenty-one years until she joined DeFiore and Company in early 2016. She focuses primarily on YA and middle grade fiction and narrative nonfiction. She represents the late Walter Dean Myers, who served as the National Ambassador for Young People’s Literature and has won or been nominated for every major award in field of children’s literature; Jill Santopolo, author of the Sparkle Spa series; Tod Olson, author of the nonfiction Lost series; Lambda award-winning novelist Alex Sanchez; Leslie Connor, award-winning author of The Truth As Told By Mason Buttle and Waiting for Normal; Donna Freitas, whose most recent books include The Wired Series; Coretta Scott King award-winning author Charles R. Smith, Jr; Ted Sanders and his middle grade series The Keepers; Kathryn Siebel and Christine Kendall. Miriam is particularly interested in finding new and interesting voices, and loves reading and representing books that focus on diversity.